The football match is in preparation ahead of the upcoming South West Mini Interpol to be played soon within the South West Region.

The football match between CUSA F.C VS Mikeng F.C of Douala was to test the newly admitted players and to see their ability to play on a sandy pitch, as the players are not use to playing on such a pitch.

Prior to the competition, the team manager Gerald Betakeh told the communication team that the CUSA Boys are going to play four friendly matches which is to equip them for great quality football during the South West Mini Interpol.

“I Belief that if these guys play four friendly matches it will boast their playing styles and help create familiarity among the players who need to understand each other.

When asked on why the choice of Douala for his first friendly match, team Manager of CUSA stated that “Douala was selected because I wanted the players to experience a different playing style that is they should understand the French system of football” Team manager concluded 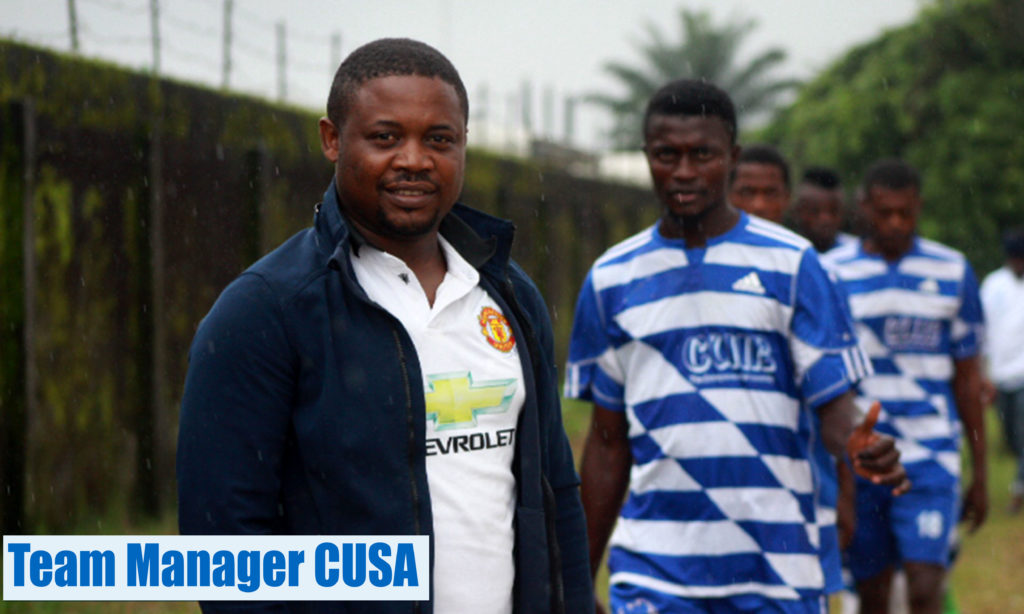 The first goal was recorded 15 minutes into the match and was scored by Ngendo Fredrick who came in and recorded another goal at the 30TH minutes of play putting CUSA two goals ahead of Minkeng F.C

3 minutes to the end of the first half Enow Felix scored a fantastic goal 25 meters away from the 18 meter box of the goal keeper which confused the goal keeper of Minkeng F.C as to what magic Enow Felix used to score him from that position

The second half of the game was a moment that many spectators were expecting Minkeng Fc to bounce back as they were playing at home.But instead their hope was killed by one of CUSA best striker Mbake Steve who made things impossible for the supporters and players of Minkeng F.C to recover by scoring a header around the 18 meter box in the present of three body build defenders of Minkeng F.C.

A goal that football pundit called it the “Omabik” goal that is a goal scored in 1994 World Cup by Cameroon striker Omanbike. Putting CUSA 4 goals ahead of the host team Minkeng F.C

Mbake Steve goal was the last goal of the match that saw CUSA Fc as victors. The next friendly match of CUSA will be with Kiaser Sports FC