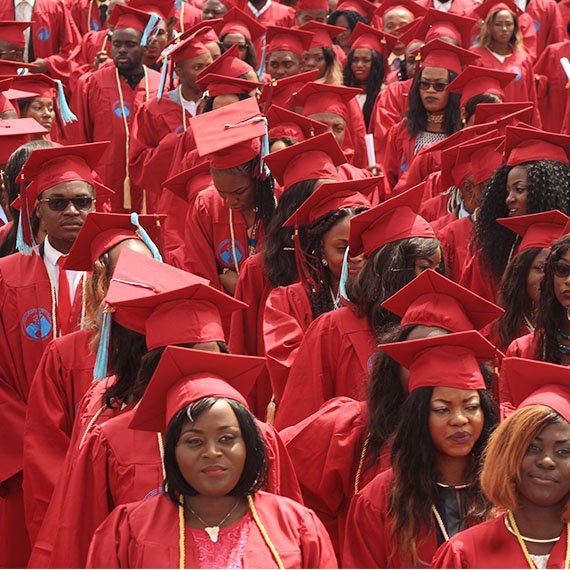 To prepare professional servant leaders with moral and spiritual values who will contribute to the sustainable development of their communities.

To bring hope to the students and awaken in them a sense of purpose and direction, so that they may achieve social, economic, spiritual, cultural and environmental well-being in their communities in particular and the nation at large.

THE CHARACTER OF CUIB

CUIB is a Catholic University founded by his Lordship Bishop Immanuel B. Bushu on the 17th of April 2009. Like every true Catholic university as articulated in Pope John Paul’s II Apostolic Constitution on Catholic universities of 1990 titled Ex Corde Ecclesiae (from the heart of the Church,) CUIB “is an academic community which, in a rigorous and critical fashion, assists in the protection and advancement of human dignity and of a cultural heritage through research, teaching and various services offered to the local, national and international communities (Ex Corde Ecclesiae no. 12).

Following Ex Corde Ecclesiae, CUIB also “possesses that institutional autonomy necessary to perform its functions effectively and guarantees its members academic freedom, so long as the rights of the individual person and of the community are preserved within the confines of the truth and the common good(Ex Corde Ecclesiae no. 12).

CUIB’s statutes and by-laws clearly articulate this Character of the university as a Catholic Entrepreneurial University founded to train job creators versus job seekers. While it possesses “institutional autonomy”, CUIB works in close collaboration with the Diocesan Bishop and the Catholic Diocese of Buea. In addition, besides the teaching, research and services common to all Universities, CUIB as a Catholic University, by institutional commitment, brings to its task the inspiration and light of the Christian message especially the Economy of Communion Philosophy of the Focolare Movement. In CUIB “Catholic ideals, attitudes and principles penetrate and inform university activities in accordance with the proper nature and autonomy of these activities” (Ex Corde Ecclesiae No. 14). This makes CUIB both a university and Catholic. And following Ex Corde Ecclesiae, being both means “representing various branches of human knowledge, and an academic institution in which Catholicism is vitally present and operative” (Ex Corde Ecclesiae, No. 14)

Though a Catholic University, CUIB’s doors are open to all those who are searching for knowledge irrespective of nationality, religion, color sex, race and language. Hence it is non-discriminatory.